Pain in cancer – the most important information

Pain, according to the definition of the international society for the study of pain, since 1973 dealing with its problems in both scientific and practical aspects, is a sensual and emotional negative experience, arising under the influence of stimuli that damage or threaten to damage tissues.

As a subjective feeling, pain can be defined differently by each person. Different are his thresholds of feeling and resistance to pain stimuli, emotions accompanying pain that amplify it or mute it, and the influence of psychophysical condition, as well as experiences on the degree of pain experience. For some patients, pain has a motivating effect-it triggers defense mechanisms that help to actively fight the disease, for others it works the other way around: it weakens the ability to cope in a threatening situation.

It is estimated that about 75% of patients with advanced cancer require constant protection in painkillers. In the group of patients with metastatic cancer, this percentage reaches 100%. Currently available methods of treatment, with good cooperation between the doctor and the patient, a thorough analysis of the reported complaints, knowledge of the methods of treatment, as well as the diagnosis of piercing pain and scrupulous adherence to recommendations, allow you to effectively cope with pain in almost most patients.

The receptors responsible for receiving pain stimuli are nociceptors, which occur in the form of free nerve endings in the skin, sensory organs, and internal organs. They can be stimulated by various stimuli: thermal (over-maximal temperatures), mechanical (compression, pressure), chemical, electrical. In addition to the sensation itself, the perception of pain sensations, the intensity of pain sensation is regulated by the analgesic system, whose action consists in limiting, modulating pain impulses reaching the pain centers of the central nervous system.

The feeling of pain is accompanied by somatic reactions, for which the stimulation of the autonomic system, its sympathetic part, is responsible. Vegetative symptoms include m.in. heart rate increased, blood pressure increased, hypermatabolism, sweating. They are associated with increased secretion of certain hormones, mainly adrenaline and norepinephrine in the adrenal cortex (directly responsible for sympathetic activation) and hormones of the adrenal cortex – cortisol (especially in stressful situations).

The mechanisms of pain have already been sufficiently studied to be able to counteract it by destroying its cause in some patients, and in other patients, in the advanced stages of the disease, treating it only symptomatically, in order to minimize negative feelings.

An assessment of the severity of the condition is an essential part of treatment and should be carried out at each doctor’s visit and at regular intervals during hospitalisation. This creates the possibility of rapid intervention-possible modification of the therapy in order to increase its effectiveness. Objective assessment of pain is not easy, but there are many tools to help determine the degree of intensity of pain.

The so-called visual analogue scale (Vas) is one of the most frequently used and most faithful. This is a simple method to assess the intensity of pain during its duration. Careful evaluation makes it possible to observe the trend: changes in sensations over time, reaction to the used pain therapy and the need to modify the previously administered doses of analgesics and the hours of their administration. Using the vas scale is simple: you just need a ruler with a scale from 1 to 10, where “0” means complete absence of pain, and “10” the strongest pain that the patient can imagine. Values in the range of Vas 0-3 indicate a well-conducted pain therapy, while vas above 7 indicates a very strong pain, impossible to endure, which requires the need to analyze the existing procedure and immediately modify the treatment. The advantage of the vas scale is the possibility of locating the description of pain at each point and thus observing even very discrete differences in the severity of pain.

For patients lying down, not moving, but with verbal contact, a numerical scale is helpful, where 0 “means no pain, and” 10 ” is the strongest pain that the patient can imagine. Descriptive pain assessment is also used, but it is less objective, less detailed and more difficult to interpret compared to the vas scale.

A variation of the vas scale, more readily used in children, is the Wang-Baker scale. This is a pain rating scale based on facial expressions of emotion: from smiling to crying. This method of determining pain is already used in young children, who find it difficult to describe their own ailments, but it is also used in adults.

Pain in each patient should be assessed individually, as each patient may react differently to a stimulus of the same intensity. Long-term assessment during treatment allows you to objectify the concept of the patient’s complaints and adjust the therapy, method of administration of drugs and dosage to the actual feelings of the patient. 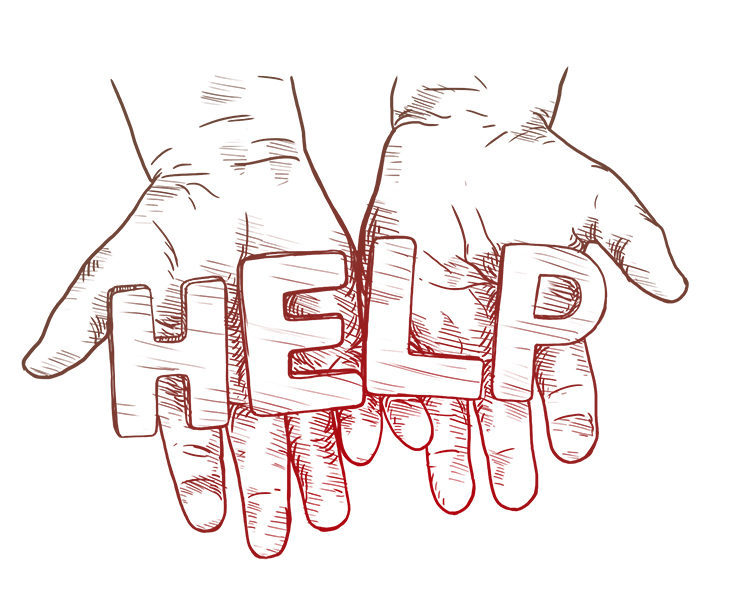 From the point of view of neurophysiology, we distinguish between receptor pain, otherwise called nociceptive, and nonreceptive pain, so-called neuropathic. Their differentiation has an important influence on the choice of treatment due to the different etiology and effectiveness of analgesics.

Receptor pains arise in a properly functioning nervous system of receiving, conducting and modulating pain due to stimulation of pain receptors in various areas of the body (nociceptors). Receptor pain occurs as a result of mechanical or chemical irritation by mediators that accumulate around damaged tissues.